FROM DARKNESS TO LIGHT 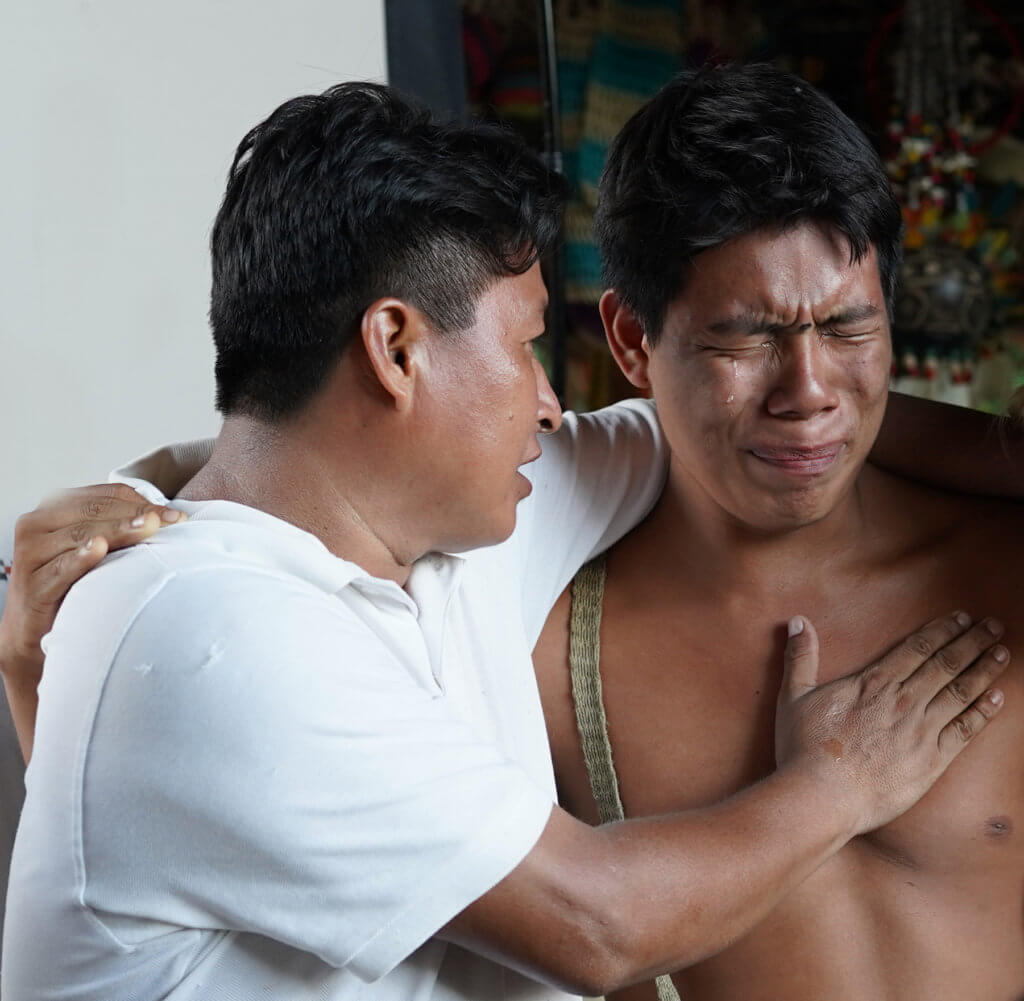 “What are we going to do to help Gabriel! Nothing is working!”

Though Matias was quite strong, he and three other tribal men could barely restrain the thrashing boy. Twelve-year-old Gabriel, at times, had superhuman strength. They had to tie him up with ropes. When the mental voices overpowered Gabriel, they commanded him to murder his parents. Gabriel and his family had endured this chaos for the previous five years.

Matias was all too familiar with dark forces.  Almost every day, he and his relatives danced to ancestral drum beats trying to appease the animal spirits. But to what advantage? As long as Matias remembered, their lives had been marked by poverty and misery. 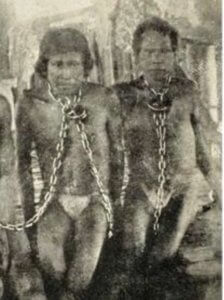 The last generation had suffered under the curse as well. His grandfather, who had lived to be 101 years old, would weep when he recounted the slavery of his youth.

Their land was invaded by powerful “patrones” who forced them to work, collecting latex from their trees. The growing automobile industry demanded rubber for tires. Tens of thousands of indigenous people were tortured. If someone fell behind in their work, an arm or leg would be cut off. Grandfather and two other families finally escaped over the mountains and settled in the Peruvian Amazon jungle.

Cloistered in their villages, at last they had the freedom to teach their ancestral language to their children. But new freedoms were soon exchanged for different forms of slavery. The nightly drinking binges damaged the whole community. The women, especially, were tired of being disrespected. Matias feared for the future of his three little daughters. Would they ever have a better life?

Matias’ mother had arrived and was horrified to watch Gabriel overpowering the four men. She urged someone,

“Hurry! Go get that pastor Segundo who lives nearby! Maybe he can perform a prayer.”

Matias was doubtful. Respected doctors, shamans, even a Catholic priest had already tried to help without success. What could this little neighborhood pastor do?  He was the fellow that everyone had gotten into the habit of ignoring.

But Pastor Segundo was ready to help. He had moved into the area to plant a church in this tribal group. But after several fruitless years, he had only recruited 4 members. By the time Segundo arrived, a large crowd had gathered to see the showdown.  Some were curious, others sympathized with the anguish of Gabriel’s parents.

When the pastor stepped inside the hut, the boy shrieked and thrashed.  But Segundo was unafraid. He quietly prayed, then commanded the spirit to leave, invoking the name of Jesus. Within 5 minutes Gabriel became completely still. People gasped and the men stepped back, no longer being forced to restrain the boy. Gabriel peacefully stood to his feet, with a radiant smile on his face.

Everyone was completely stunned. For Matias, It was too good to be true. Who was this Jesus, who displayed such power when his Name was merely spoken with faith? Gabriel had been tormented by violent spirits for 5 long years. Jesus set him free in 5 minutes!

Segundo turned to the flabbergasted crowd.

“You have just seen the power of God at work. Would anyone here like to receive forgiveness for sins and make Jesus your Lord?” 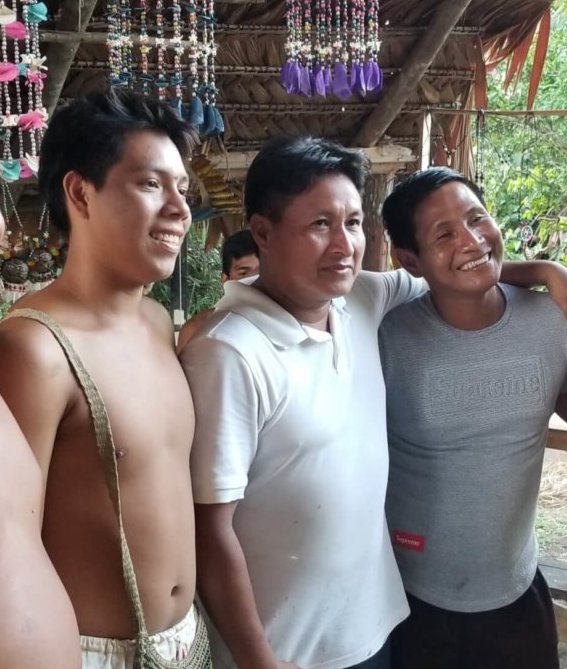 Matias and others fell to their knees, weeping, surrendering their lives to Christ. That was just the beginning. In the days and months that followed, there were many encounters, dozens of deliverances, glimpses of Glory, until the whole atmosphere of the village seemed to pulsate with new light. Matias has led 50 family members to the Lord. Segundo laughs as he describes how empty his church building had been until that glorious day in 2016. From then on, it was packed out morning and night. And God continues to do wonders.

Recently a 30-year-old man was dying of pneumonia. Barely more than a skeleton, he was unable to eat, drink, or speak. The men of the tribe went to pray for him. The man was healed and Matias says that 5 months later, he is “perfectly healthy and fat.” 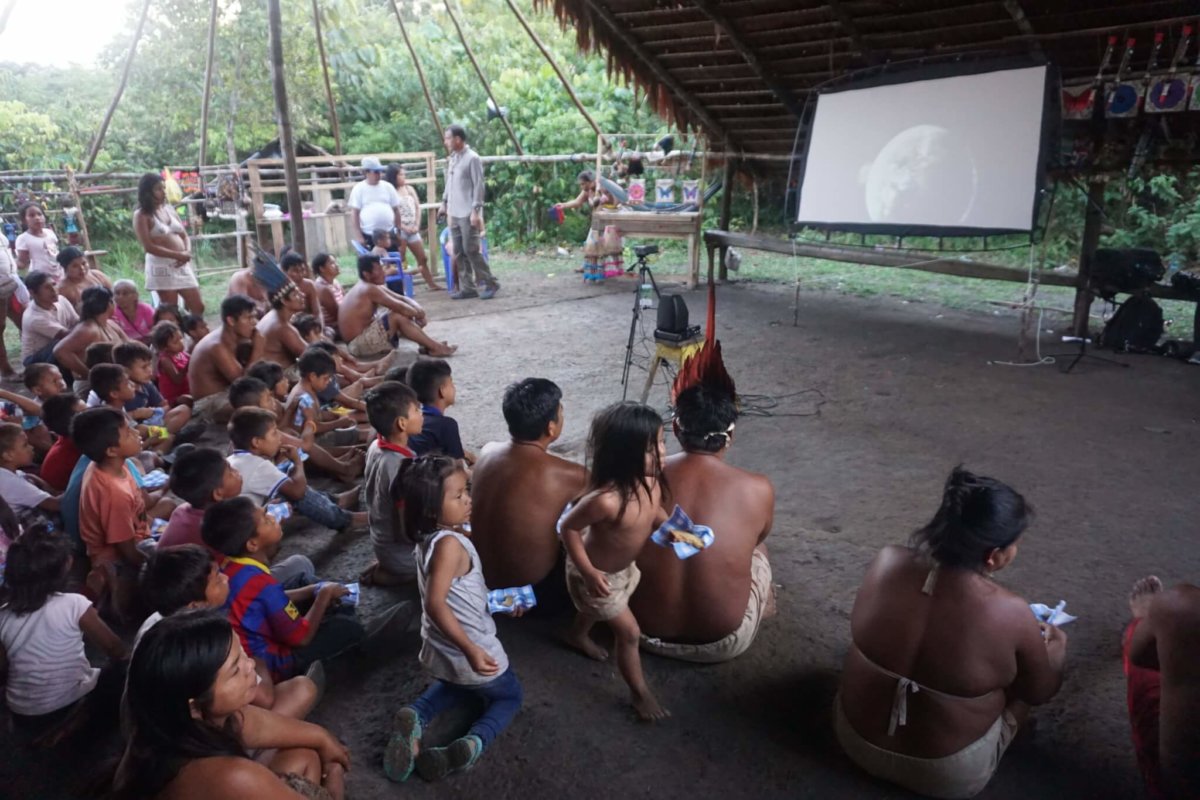 The Jesus Film was recently recorded into this tribal language. They have requested a Renew backpack projector to bring the Good News to their own remote people. 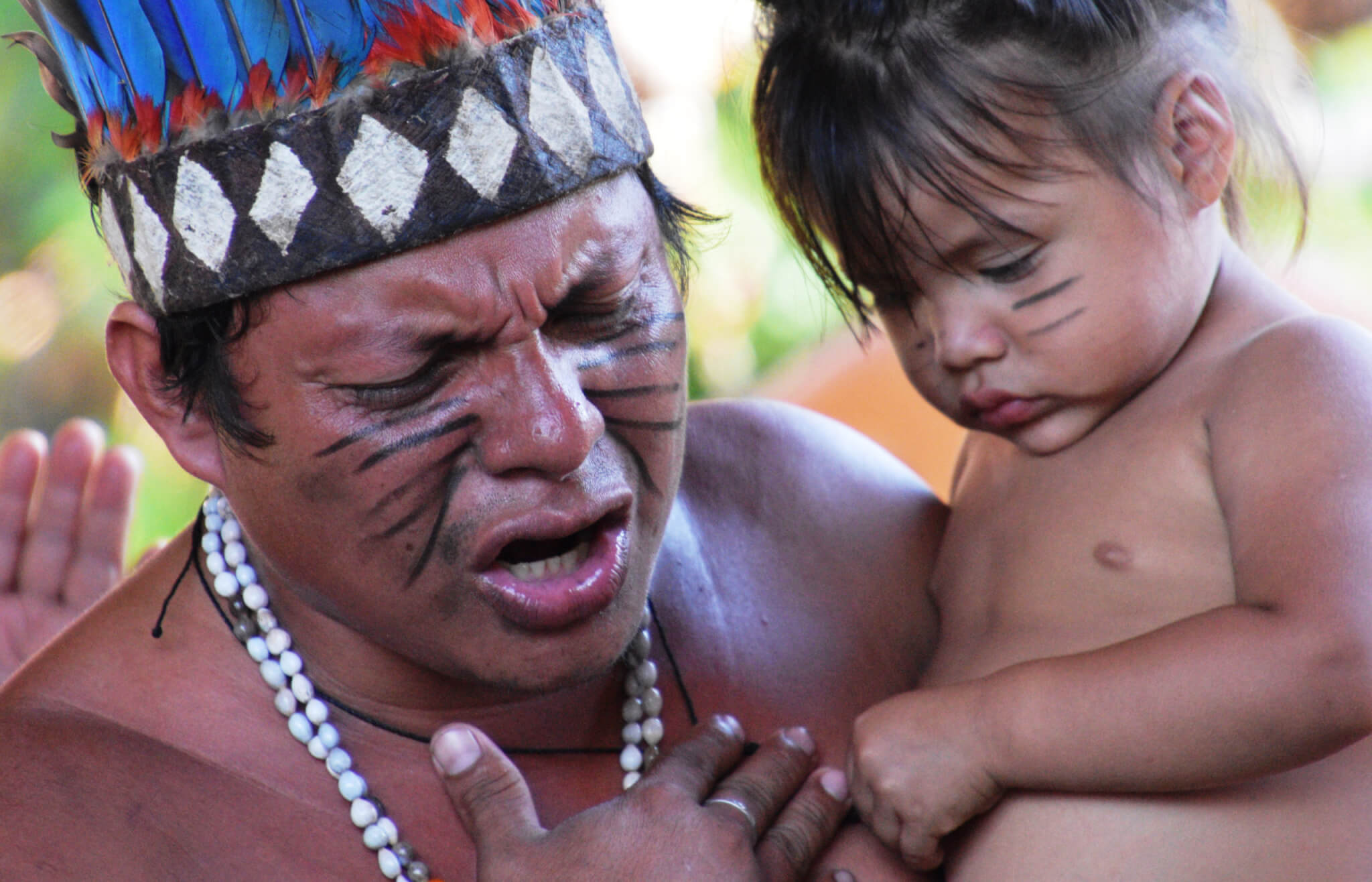 But there are still battles.  The Coronavirus has struck. Three days ago, they lost a 33-year-old woman in a neighboring village. Authorities instructed villages to block their entrances, and to hang a white flag out by the river when they ran out of food. The white flag has been hanging for days, but no relief has come.

Matias says, “We have had no food for 3 days.  But we are praying and fasting and we are so sure that God will provide.

If you think that God may be providing through YOU, learn more about the need by clicking here. 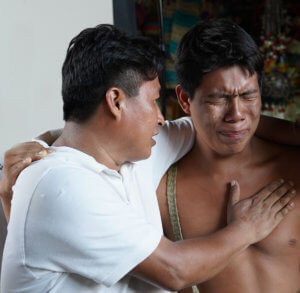 FROM DARKNESS TO LIGHT

“What are we going to do to help Gabriel! Nothing is working!”   Though Matias was quite strong, he and three other tribal men